The Role of the Olympic Movement in an Ever-Changing World 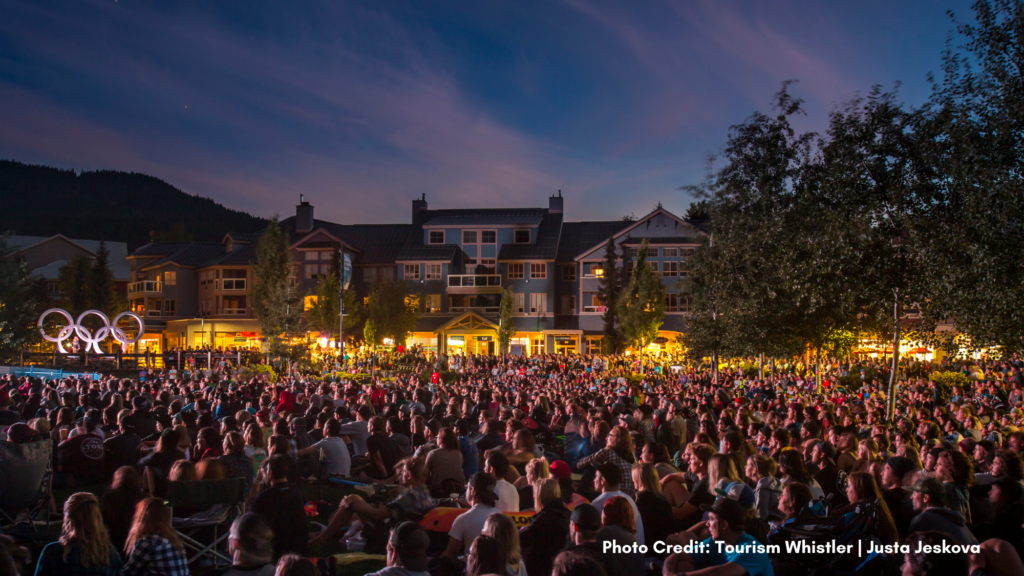 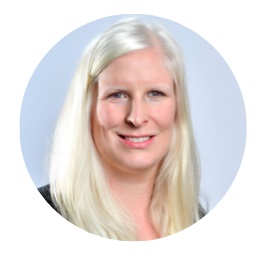 Chelsey Gotell (International Paralympic Committee, Canadian Paralympian): Chelsey Gotell is a three-time Canadian Paralympian and 12 time Paralympic medallist in the sport of swimming. A native of Nova Scotia, Chelsey competed internationally for over ten years. Over the last 15 years, Chelsey has been a leading voice in the Paralympic Movement at home and abroad. She has been an active member of the CPC Board of Directors and supported Team Canada at four sets of Paralympic and Parapan American Games. Her commitment to creating positive change in sport led her to advocate for governance reform on a global scale. Most recently, Chelsey was elected to the IPC Governing Board as a Member at Large. Chelsey is looking forward to bringing her bold vision and strategic expertise to help lead the Canadian sport system and the IPC into the future. 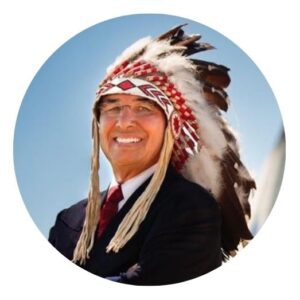 Dr. Wilton Littlechild, IPC, CM, AOE, MSC, QC, OS (Indigenous lawyer, Cree Honorary International Chief): Known as “Willie” Littlechild, an Indigenous lawyer and Cree Honorary International Chief was elected a Member of Parliament in Canada and Vice-President of the Indigenous Parliament of the Americas.  A Residential School student survivor, he is known for his advocacy, nationally and internationally on Human Rights, Traditional Games and Sports, evidenced by the Red Cross and at the United Nations.

Chief Littlechild was born in Maskwacis, Treaty No. 6 Territory; and was raised by his grandparents.  Taken at the age of six, he spent 14 years in the Indian Residential School system.  He witnessed and experienced various forms of abuse but was also his introduction to sports which he used to motivate his pursuit of excellence and run from abuse.  Consequently, he eventually excelled academically and in athletics.  He credits his traditional upbringing to seek balance in life:  underpinned by spirituality and family support for success.

As a successful winner of ten Athlete of the Year Awards; he holds three university and five Honorary Doctorate degrees in Physical Education and Law.  His first award was in college as a multi-sport winner in 1964.  The first of nine Sports Halls of Fame was at the University of Alberta as twice the Most Outstanding Indian Athlete in Canada.  The three major sports he competed in took him to nine countries and eleven world/international championships in hockey, baseball and swimming.  Awarded Centennial medal as one of Top 100 in Hockey and the Order of Sport as inductee to Canada’s Sports Hall of Fame.  He won over 75 Championships; twice honored in Switzerland and appointed Olympic Games Ambassador.  Most recently he was inducted into the North American Indigenous Sports Hall of Fame as an athlete. 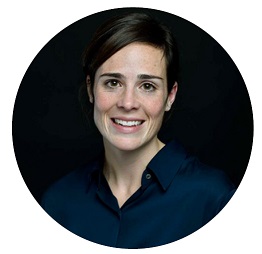 Hannah Burns (Associate Director, Olympic Games Promotion, International Olympic Committee): Hannah Burns joined the International Olympic Committee (IOC) in 2008. During her fourteen years in the organization, where she began as an intern, she has worked in both the Sports and Olympic Games Departments and on wide breadth of topics, including sports operations and relations with International Federations. She oversaw the ongoing development of the sports programme and also led the team responsible for all athlete-related initiatives. Her most recent roles have principally focused on strategic priorities of the organization, such as the changing of the Olympic Games host selection process and the double allocation of the 2024 and 2028 Olympic Games to Paris and Los Angeles, as well as the development and implementation of Olympic Agenda 2020/The New Norm. Her current role as Associate Director of Olympic Games Promotion is an absolute passion for Hannah. She believes very strongly in, and has seen first-hand, the positive impact that the various aspects of the Games have on people and host communities and she works on capturing those stories and sharing through various forms. Hannah also continues to be involved in various strategic initiatives related to Games organization, under the remit of the Executive Director of the Olympic Games, Christophe Dubi. 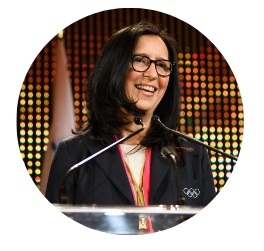 Tricia Smith (President of the Canadian Olympic Committee): Tricia Smith is a lawyer and businesswoman based in Vancouver who has had a successful multifaceted career in sport. A four-time Olympian in rowing, Smith captured a silver medal at the Los Angeles 1984 Olympic Games, seven world championship medals as well as a gold medal at the 1986 Commonwealth Games. Tricia Smith has been the president of the Canadian Olympic Committee (COC) since 2015 and was elected as a member of the International Olympic Committee (IOC) in 2016. She is a recipient of the Order of Canada, the Order of British Columbia and an Honorary Degree from the University of British Columbia. She is also a member of the Canadian Olympic Hall of Fame and the BC Sports Hall of Fame. 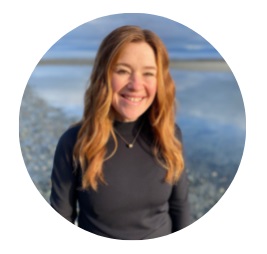 Clara Hughes (Dual Season Canadian Olympian): Hughes is the only athlete in Olympic history to win multiple medals in both summer and winter Games, representing Canada in both speed skating and cycling. In addition, she served as Team Canada’s flag-bearer at the 2010 Vancouver Olympic Games. After spending half her life striving to be the fastest person in the world, six-time Olympic medalist Clara Hughes decided to switch gears and “slow down to the pace of a human being.” As the founding spokesperson for Bell Let’s Talk, a campaign designed to end the stigma attached to mental illness, Hughes helped jumpstart the conversation on mental wellness. In 2014, she completed a 110-day national bicycle tour through every province and territory in Canada called “Clara’s Big Ride”. 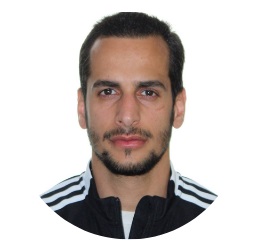 Hamoon Derafshipour (Tokyo 2020 IOC Refugee Olympic Team): Hamoon Derafshipour is an Iranian karateka, he started practicing karate when he was 7 years old.⁠ For personal and security reasons, he had to leave his country to move to Canada, where he is now living and training with his wife. Hamoon was able to fulfill his lifelong dream: participation in the Olympic Games Tokyo 2020, in which karate was featured for the first time.  Hamoon achieved 5th place in the Tokyo 2020 Olympic Games and was also the Senior World bronze medalist that same year.  Prior to competing in the Olympics Hamoon was World League Champion in 2013, 2014, 2015, and 2017 and World League Bronze Medalist 2018 and 2019. 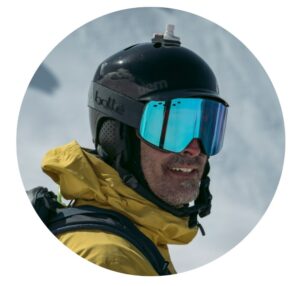 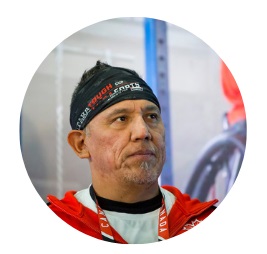 Richard Peter (Canadian Paralympian): Richard Peter, a member of the Cowichan Tribes, is one of Canada’s most accomplished wheelchair basketball players in history. Peter competed in five Paralympic Games – winning Gold three times, and in addition to one Silver. In 2017, he started playing Para badminton and has quickly developed to being one of Canada’s top players. He credits his fast improvement to his wheelchair basketball experience. Known as a great teammate and leader not just in Canada but internationally, Peter is more commonly referred to by his fellow athletes as his nickname ‘Bear’. He is known as a generous and energetic ambassador for the Indigenous, SCI and Para sport communities. Currently, is an ambassador for BC Wheelchair Sports Association’s Indigenous Bridging the Gap program. 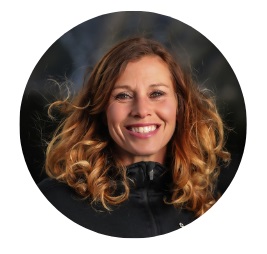 Catriona Le May Doan (Canadian Olympian): Catriona Le May Doan took her place in the Canadian Olympic history books at Salt Lake City 2002 where she became the first Canadian athlete to successfully defend an Olympic gold medal in an individual event. Catriona had been a double medallist four years earlier at Nagano 1998, winning 500m gold in Olympic record time. Catriona then added a bronze medal in the 1000m and was given the honour of carrying the Canadian flag at the Closing Ceremony. Since her retirement from speed skating, Catriona has been heavily involved in the community. She served on the Board of Directors for the Vancouver Organizing Committee for the 2010 Olympic Winter Games and is currently Vice Chair of the Canada Games Council and on the board of  Special Olympics Canada, Winsport, and the Canadian Sport Institute Calgary. Since 2019 she has been the President and CEO of Sport Calgary. Catriona just finished serving as Team Canada’s Chef de Mission at the Beijing 2022 Olympic Winter Games. 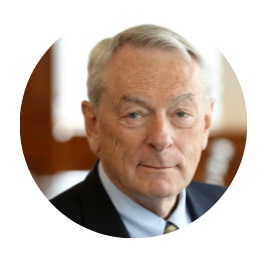 Richard Pound (C.C., O.Q., Q.C., Ad.E., F.C.P.A.): Richard Pound is one of Canada’s most-recognized figures in international sport. He was founding president of the World Anti-Doping Agency (WADA), created in 1999 to coordinate the fight against doping in sport. His involvement continued post-2007 as IOC representative on the WADA Foundation Board. In addition to being the two-time vice-president of the International Olympic Committee (IOC) Pound has been a COC executive member since 1968 and its secretary general for eight years before becoming COC president in 1977 (to 1982). Pound was also responsible for all Olympic television negotiations, marketing and sponsorships, up to and including the 2008 Olympic Games in Beijing. His career has touched nearly all aspects of the Olympic Games and Movement. Pound has had many significant Olympic roles for Canada. He was director and executive member of the Organizing Committee for Canada’s first Olympic Winter Games, Calgary 1988. He was Deputy Chef de Mission of the Canadian Olympic delegation for the Munich 1972 Olympic Games. He was a director of the Vancouver 2010 Bid Committee.